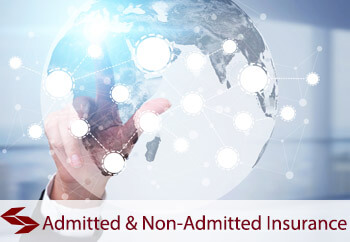 Insurance is a global business with insurance companies based around the globe offering insurance policies both within their own territory where they are based and elsewhere.

Different countries and economic zones have differing rules and regulations as to which insurance companies are allowed to offer products and services in that area e.g. the European Union allows insurers based in one member territory to offer services under Freedom of Services Legislation. There can be territorial restrictions upon the provision of insurance by companies outside the region that apply to all classes of insurance or to specified classes.

In simple terms, where a policy and cover provided by an insurer within a territory where it is authorised to transact that class of business then this is known as an “admitted basis!.

Where a policy is issued in respect of risks where the insurer is not authorised in that territory to offer the cover, then this is a “non-admitted basis”. This does not mean that the contract is invalid but that in the event of a claim then the claim would be settled or the policyholder’s rights defended in the country that the policy was issued and not in a territory where the insurance company was not authorised to operate.

Whilst cover arranged on a “non-admitted” basis is commonplace in certain markets it should be noted that certain jurisdictions have local laws and regulations that prohibit the use of “non-admitted” insurance policies. India is a good example of such a territory where “non-admitted” policies are illegal with the exception of Marine Cargo insurance and  Protection & Indemnity ( P&I ) Insurance.

The exception for marine cargo insurance is a matter of practicality, as the very nature of transit risks is such that they are frequently accepted on a “non-admitted” basis.