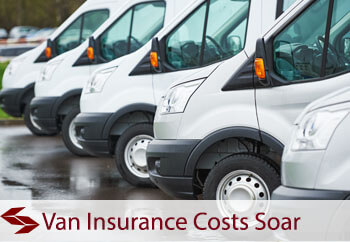 Commercial vehicle and van owners are being hit by increases in the cost of van insurance of 29.5% according to the specialist insurance market research experts Consumer Intelligence in a report.

The news is inline with the recent announcements in the private car and motor insurance industry which has recently shown a sharp upturn in premiums.

The reasons for the increases in both sectors are consistent with each other with rates being increased by insurers to take into account the additional burdens on claims reserving brought about by the change in the Ogden “discount rate” and a second increase in insurance premium tax by the government in just over 12 months.

The report shows that drivers over 50 are harder hit by the increases than those between 25-49 with average increases of 38% and 27.5% respectively. It also states that the vehicle use under the policy can have a significant effect upon the cost of the insurance with policies based on “carriage of own goods” use suffering less than those with “social domestic and pleasure” use only. This may appear counter intuitive to many but it appears that insurers recognise that the driver using the vehicle for “carriage of own goods” is more careful with their essential business tool and keen to keep their business moving.