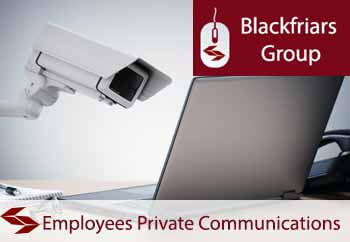 With many people now engaged in social media, private messaging and emails in both a personal and business capacity the communication options for the individual are now apparently unending. This has led to an increase in personal communications being made by employees during working hours largely due to the easy availability of the employee.

Prudent employers will have an internet usage policy within the terms and conditions of employment that sets out the employees rights to use private communications during working hours and whether this is allowed on the company hardware or internet connection.

The company should also advise the employee of what data can and maybe accessed by the company in the exercise of their rights to monitor the performance of the employee.

Many maybe surprised that the company is allowed to access data regarding private internet usage including details of private messages of employees and emails that are sent during working hours or using the company infrastructure but employers need these rights in order to ensure the security of their business and in many cases comply with regulatory requirements.

In January 2016 the EHCR agreed with a  previous national decision in Romania that Mr. Bogdan Barbulescu’s rights had not been breached when his employer accessed private messages which ultimately resulted in Mr. Barbulescu’s employment being terminated. Whilst this decision did not create any new legislation it did support the rights of employers to proportionate and reasonable access to employees personal communications went during working hours and using company infrastructure. In this context judges in the UK would be bound to take this decision into consideration when considering similar domestic cases.