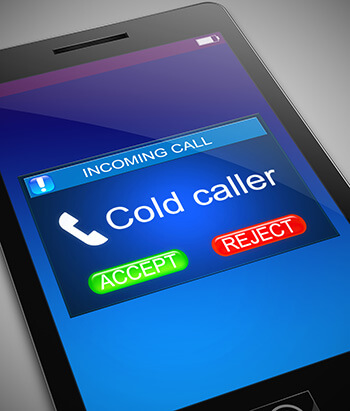 From the 17 December 2018 in the United Kingdom, directors of companies engaged in unsolicited nuisance calls can no longer escape their legal responsibilities if their company breaks the law.

In the past many companies have been liquidated in order to avoid the responsibility for penalties; this is no longer the case under new legislation and the company bosses can now be held directly responsible for the actions of their companies.

Margot James, Minister for Digital and MP for Storubridge said;

There is now no hiding place for the small minority of rogue directors who have previously tried to escape justice. We are determined to stamp this menace out and this new law is the latest in a series of measures to rid society of the plague of nuisance calls.

Estimates by Ofcom show British consumers were bombarded with 3.9 billion nuisance phone calls and texts last year. Previously it was only the businesses themselves that were liable for fines of up to £500,000 rather than individuals. Some directors escaped paying by declaring bankruptcy only to open up again under a different name. Now the ICO can hold company directors directly responsible with further fines of up to half a million pounds.

The head of the the enforcement team at the ICO stated;

We welcome this amendment to the law which will increase the tools we have to protect the public. It will mean we can recover the fine more easily and also make it much harder for unscrupulous operators to set up in business again.

This new legislation is the latest in a long line of measures designed to put an end to unwanted calls and texts. Complaints to the ICO and Ofcom about nuisance calls have fallen for the second year in a row suggesting the action taken is working.