Commercial Insurance Prices Up Three Quarters In a Row. 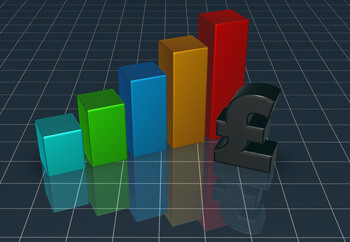 According to Marsh’s Global Insurance Market Index, global commercial insurance prices have risen for the third straight quarter. Instigated by a rise in property insurance, which is still feeling the effects of catastrophic losses in 2017 and increases in both professional and financial lines, the increase during the second quarter of this year was driven primarily by Australia and the United Kingdom.

This marks a continuing trend over the last nine months, after four-and-a-half years of decreases that came to a halt with Q4 of 2017. As with the previous quarter, last year’s catastrophe losses are still playing a significant part. The increase, at 2.3% is steady, with financial and property lines going up a little higher with an average of 3.3%. Casualty pricing’s declined, however, falling 1.4%.

For the United Kingdom specifically, the average of composite insurance price rose for the third quarter running, this time at a rate of 0.8%. Professional and financial lines were up a little higher than the global average, at 5%, whilst property pricing decreased for the second quarter in succession.

Despite another third-straight quarter of commercial insurance prices, Marsh themselves has offered assurances that the market is retaining its strength after the effects of last year. The combined losses as a direct result of a series of natural catastrophes, including the trio of Hurricanes Harvey, Irma and Maria alongside Mexico’s devastating earthquake totalled US$ 330bn.

“The global property insurance market continues to be impacted by last year’s losses, and we are now seeing increases in financial and professional lines pricing in several regions,” said Dean Klisura, president, global placement and specialties at Marsh. However, overall pricing is generally stable across all lines of business and market capacity remains strong.”