As the new football season gets underway Counter Terrorism (CT) Policing have held workshops at both Old Trafford and Wembley attended by representatives from Premier League, English Football League Clubs and the FA. The workshops are designed to focus on the current threats to sports stadia and provide greater information to clubs and in turn for the clubs to undertake to disseminate that information throughout various media channels to their fans.

While there is no specific intelligence of an increased threat to football grounds in the UK, we have seen that terrorists are prepared to carry out attacks on this type of target.

commented Superintendent Dave Roney, Deputy National Coordinator for Protect and Prepare who went on to say that he was pleased with the response from the clubs and the FA and that his police colleagues had also benefited form a greater understanding of club’s match day activities.

The core advice that Counter Terrorism Policing is asking to share with fans through channels such as social and print media is; 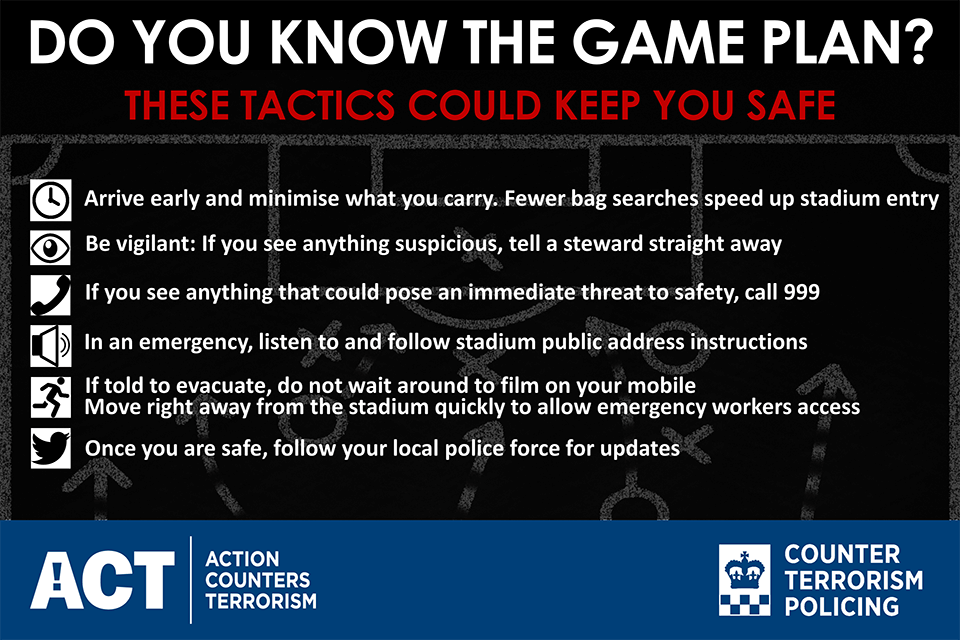