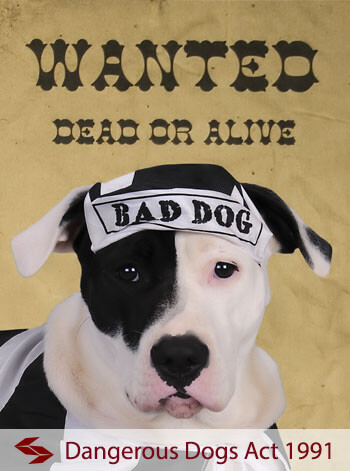 The Dangerous Dogs Act 1991 and it’s subsequent amendment in 1997 makes it illegal to own any specially controlled dogs in the United Kingdom without a specific exemption from the courts.

The four types of dog identified in the Act are;

The Act also bans the breeding sale or exchange of such dogs.

The Department for Environment, Food and Rural Affairs maintains the Index of Exempted Dogs which administers the court registrations of exempted dog. Where an owner has applied and been granted an exemption in respect of a dog the dog must be neutered, tattooed, implanted with a microchip and insured in respect of third party injury and property damage caused by the dog.