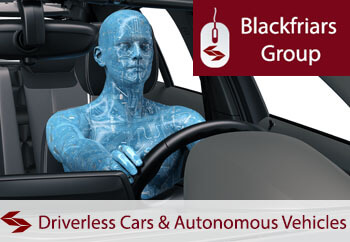 As the prospect of driverless cars and autonomous vehicles appears to be heading to reality, one of the issues that needs to resolved is the insurance of such vehicles and whether they will be treated in the same way as standard motor vehicles and therefore subject to compulsory motor insurance under the Road Traffic Act.

The UK government has now stated that the legislation it intends to introduce will require the owners of driverless cars to buy a single motor insurance policy that covers the vehicle whilst being driven by the driver and whilst under the control of the driverless car system. This change is stance certainly falls into the category of being the “blidingly obvious” way to proceed…but we shall see.

The government has issued the Pathway to driverless cars: Consultation on proposals to support Advanced Driver Assistance Systems and Automated Vehicles paper (here) that addresses a wide range of issues surrounding autonomous vehicles and driverless cars including its proposals for the modification of current law in respect of motor vehicles by supplementing Part VI of the Road Traffic Act 1988.

(i) having made unauthorised modifications to their vehicle’s operating system, or

(ii) failing to install required updates to the software for the vehicle’s operating system.

Bearing in mind the difficulty that motor insurers currently have in avoiding a claim under a motor policy for third party injury it seems strange that the government is proposing legislation that will reduce the protection offered to third parties.

Also interesting is the proposal that “the insurer will not be able to exclude payment of compensation to a victim if the AV caused the crash as a result of it being hacked.” which is different to the current situation involving stolen vehicles, which certainly bears some similarity as an offence. Currently a motor insurer can avoid third party claims for personal injury caused by a stolen vehicle and such claims are handled by the MIB.

As such the proposals are just that but it seems certain that the advent of the driverless car will see changes in motor insurance law in the UK.