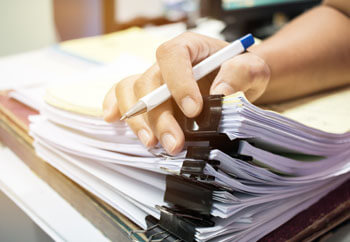 The disqualification of a director of a Glasgow based company has again drawn attention to the responsibilities of a director and specifically the legal requirement to maintain and preserve adequate company records.

Annick Structures Ltd, a construction and civil engineering company was ordered into compulsory liquidation in February 2016 following a petition by HMRC.

Following the liquidation, an investigation by the Insolvency Service found David Simpson Duffy the sole director of the company had had failed in his duty to maintain, preserve and deliver adequate accounting records to the Liquidator as required to do so by law.

My Duffy consequently signed a six year undertaking that prevents him from directly or indirectly becoming involved, without the permission of the court, in the promotion, formation or management of a company or limited liability partnership for the duration of his ban.

The Head of Company Investigation at the Insolvency Service, Robert Clarke, said;

Directors have a duty to ensure that their companies maintain proper accounting records, and, following insolvency, deliver them to the office-holder in the interests of fairness and transparency.

Without a full account of transactions it is impossible to determine whether a director has discharged his duties properly, or is using a lack of documentation as a cloak for impropriety.