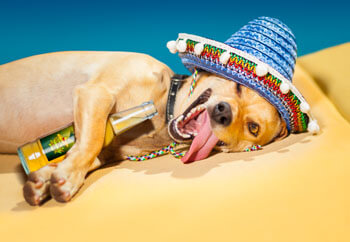 Law abiding travellers are footing the bill for bogus holiday sickness claims that are costing the travel industry millions each year.

The UK Government has called for evidence for tour operators and the travel industry in order to obtain a clear view of the exact scope and nature of the problem that is being caused by huge increases in the number of claims being made against tour operators for gastric illnesses being “suffered” by holidaymakers whilst abroad.

During the course of 2016 the number of claims made against operators rose to 35,000 from 5,000 in 2013 and the emergence and  presence of so called touts in resorts during that period is not being seen as a coincidence.

One of the problems faced by tour operators is that it is often less costly to simply pay claims for compensation than it is to defend such clams, especially when the claims arise overseas where the control on legal costs may not be so strong. According to ABTA average value of a gastric illness claim is about £2,100, the average cost of defending a claim is almost £3,800, so the financial incentive for travel companies to settle prior to any formal action is significant.

Amongst the proposals in consideration is the setting of prescribed sums depending upon the value of any claim to enable manageable and predictable legal costings and to remove the incentive for touts and bogus claimants.

Bogus claims against tour operators risk driving up the price of summer holidays abroad for hard-working families who have earned a break. We’re taking action to deter these claims, and protect holiday-makers from being ripped off.

Interested parties have four weeks to respond to the Government request for evidence in this matter and action is expected by early 2018.