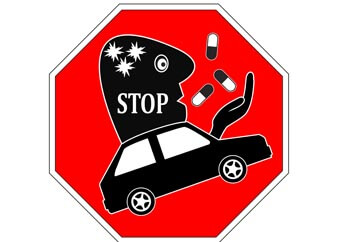 The UK Government has announced record numbers of “drug driving” convictions in the UK in a report issued on the 27 August 2017.

The Government has hailed the increase in the conviction rate as a success following the new regulation regarding drug driving introduced in 2015. The new figures show a 98% conviction rate for the new offences and attributes this to the new law being introduced and the police being properly funded and equipped for testing drivers for drugs.

The new laws refer to 9 illegal drugs and 8 legal prescription drugs and makes it illegal to drive a vehicle with the drugs in the body above a specified limit. Further information on the limits and the type of drugs can be found on the Government website that provides advice for healthcare professionals and the public here.

Prior to the introduction of the new law, the police would have to undergo a complicated evidentiary process with suspected drug drivers whereas now the police have the equipment to roadside test for cannabis and cocaine and additional facilities to test for other drugs, including ecstasy, LSD, ketamine and heroin at police stations.

Anyone convicted of these offences can expect to face losing their licence for a minimum of 12 months, a hefty fine of up to £5,000 and even a prison sentence not to mention great difficulty in obtaining and significant cost in their future motor insurance premiums.

Driving under the influence of drugs has no place in our society. It devastates families and ruins lives.

Our tough approach has taken dangerous drivers off our roads and is stopping other crimes taking place.

With higher prosecutions and convictions, we are delivering on our clear message that if you take drugs and drive, you will face the consequences.

“Whilst the increase in conviction rates is a step in the right direction, we have to hope that public awareness of this will drive down the number of people who actually get behind the wheel under the influence of drugs. It will take some time to produce further evidence of the success of the new laws but a high conviction rate alone is not the answer, the conviction rate needs to be maintained over time whilst we also see a reduction in the actual number of convictions. After all the intention the end game has to be to stop people doing it, not to catch them doing it and prosecute them!”