Industry Detecting One Scam Per Minute 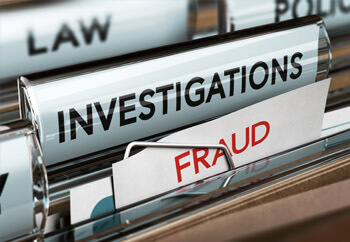 It appears as if the net is tightening around insurance scammers, from fraudulent claims to dishonest policy applications, if new information released by the Association of British Insurers (ABI) is anything to go by.

With the body now able to include data on application fraud for the first time, the ABI has revealed that over half a million frauds were detected and exposed in 2017. This is at a staggering rate of one detection every minute, with a total of 562,000 frauds made up of 449,000 dishonest applications, where key elements such as age or address frequently and intentionally misstated, and 113,000 illegal claims.

There’s a lot to unpack from the data. Firstly, organised frauds featuring pre-planned accidents were down 22% on the previous year, whilst the detection of fraudulent motor insurance claims rose by 4%. The aforementioned illegal claims were worth a gigantic £1.3 billion, with the number of claims made going down by 8% on 2016. This suggests that the industry’s work on tackling fraud is delivering results, with a fall of 11% in the amount of fraudulent property claims helping to add to that notion.

The lengths that the industry has to go to in order to tackle fraud is also laid bare in some of the examples where scams have been uncovered. For instance, two drivers who staged a road collision were handed jail sentences after feigning injury when their ambulance arrived, whilst a cyclist was imprisoned for three-and-a-half years after attempting to claim £135,000 for injuries sustained as a result of hitting a pothole. Evidence later showed that the cyclist had, in fact, fallen off of his bike due to a slippery road somewhere else entirely.

That doesn’t even mention the four-and-a-half year police investigation that ended with 150 convictions in South Wales after a cash-for-crash accident, or the gang that staged a bus crash with a rented car in order to claim £500,000 for fake injuries sustained as a result of the accident that they’d caused.

“The vast majority of insurance customers are honest, and they rightly resent fraudsters pushing up their insurance costs,” offered the ABI’s director, James Dalton.

“This is why the industry makes no apology for spending around £250m a year on measures to tackle insurance fraud. It is good that organised fraud fell, especially as scams like staged accidents can often put lives at risk and involve huge amounts of money.

“But, with the Insurance Fraud Bureau currently investigating a rising number of suspected insurance frauds, there will be no let-up in the crackdown on the insurance cheats.”