Learner Drivers to be Allowed on UK Motorways 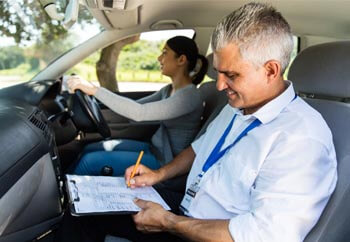 The UK Government has announced that as from 2018 leaner drivers will be allowed onto the UK motorway network with an approved driving instructor in a car that is fitted with dual controls.

This decision announced by the government today addresses the concerns of many over the years as to the lack of motorway experience for newly qualified drivers of driving at the higher speeds encountered on the motorways and the particular disciplines that need to be observed both joining and leaving the motorway.

Pete Williams, a road safety officer for the RAC said;

We welcome the news that learner drivers will be allowed to take lessons on the motorway under the supervision of an approved driving instructor in a dual-controlled car, something that motorists we surveyed were overwhelmingly supportive of.

While motorways are statistically our safest roads, it can be daunting using them for the first time after passing the driving test. Giving learners the option to gain valuable experience on our fastest and busiest roads should further improve safety and enhance the confidence of new drivers.

The British School of Motoring’s head of learning and development Jasmine Halstead commented;

Per mile travelled motorways are our safest roads.

If learners aren’t allowed to practise on motorways under supervision then some will avoid motorways, and others will use motorways incorrectly when they have passed their test.

Hence it is great news for road safety that learners will be able to drive on motorways under supervision.

For many the decision is both welcome and long overdue and it stands to reason that new drivers should be as well prepared as possible for the realties of driving that they they will encounter on a daily basis.