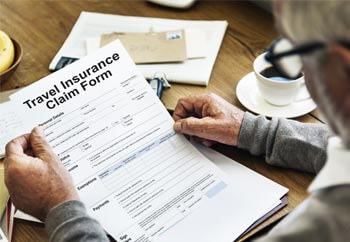 A claims management form specialising in the handling of travel and holiday insurance claims has had it’s licence stripped by the regulator following an investigation into the practices of the company.

Preston based, Allsure Ltd was the subject of an investigation by the Claims Management Regulator (CMR) following allegations that the company had encouraged the submission of false claims and had coached consumers into both making and exaggerating claims relating to illnesses suffered whilst on holiday.

The CMR found evidence of this and also the company using deceptive sales scripts exaggerating anticipated payouts in order to entice their business.

As a result of the findings of the CMR, Allsure Ltd who have been handling third party injury claims since 22 April 2014 have had their licence stripped and they are no longer authorised to carry on in the claims management business.

The Head of the Claims Management Regulator, Kevin Rousell commented;

We will take firm action against claims businesses which engage in serious misconduct.

Seeking to encourage false claims will not be tolerated.

Whilst this is a success story and it is in the industry interests to see a clampdown on this type of operation. It is also worth pointing out that there was apparently no shortage of consumers who were prepared to go along with the plans in order to obtain compensation they were not entitled to; whether they were aware or not that they were engaged in an act of fraud.

The seriousness of insurance fraud needs to be highlighted to the public, both the criminal nature of the activity and also the cost it inflicts on the broader society and law abiding policyholders.

The details of the judgement may be found here on the Justice website.