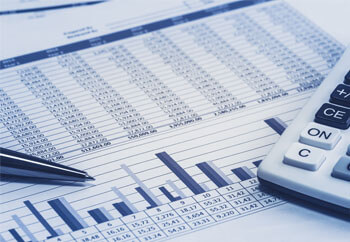 The Ministry of Justice has announced that the personal injury discount rate set in February 2017 will now be adjusted following a period of consultation.

The discount rate change in February from 2.5% to -0.75% caused huge concerns within the insurance industry and the government did announce an MOJ review following representations from the industry and statistical evidence on the effect of existing claims reserves and the knock on effect on consumer prices.

The MOJ has announced that the anticipated rate, following consultation will be between 0%-1%.

We want to introduce a new framework based on how claimants actually invest, as well as making sure the rate is reviewed fairly and regularly.

In developing our proposals, we have listened carefully to the views of others, and we will continue to engage as we move forward.

The discount rate is used to adjust the compensation damages for victims of very serious injuries and whilst much of he focus has been on motor insurance the actual rate affects other classes of insurance that are designed to provide compensatory damages for injured parties such as employers liability and public liability insurance.

The rate is designed to ensure that any damages paid to an injured party retain their value over the years by taking into account the investment income that might be earned on the award, The previous rate set in February assumed earnings from a “very low risk” investment and for the purposes of the consultation it will now be based on a “low risk” investment. The stated intention of the adjustment is to ensure that victims receive 100% of the compensation due to them, no more and no less and that the award places them in the same financial position as they would have enjoyed had they not been injured.

Huw Evans, Director General of the Association of British Insurers who was very critical of the rate cut in February calling the decision “crazy” welcomed the announcement stating;

This is a welcome reform proposal to deliver a personal injury discount rate that is fairer for claimants, customers, and taxpayers alike. The reforms would see the discount rate better reflect how claimants actually invest their compensation in reality and will provide a sound basis for setting the rate in the future.

Whilst this change to the rate may not be what some parties had hoped for it will represent a significant reduction in claims estimates revised or made after February 2017.