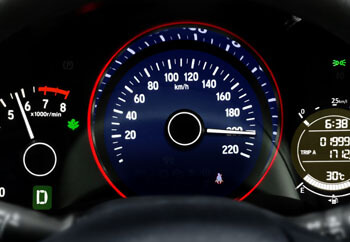 The ASA has banned an advertisement promoting a leading motor insurance providers’s services stating that the advertisement is in breach of the BCAP code.

Although the advertisement for Aviva’s Drive App had previously received clearance from Clearcast the ASA found that the the ad was in breach of Rule 20.1 of the BCAP. This followed some 58 complaints to the regulator from members of the public expressing concern over the message in the ad.

Advertisements must not condone or encourage dangerous, competitive, inconsiderate, or irresponsible driving or motorcycling

The advert was designed to promote an insurance product that was designed to reward safer drivers with lower premiums but in the advertisement former Formula 1 racing driver David Coulthard portrayed a ‘rogue” taxi driver performing a series of high speed manoeuvres and stunts.

In finding that the advertisement breached Rule 20.1 the ASA did observe that;

Clearcast believed that the hidden camera show parody, along with the over the top, stylised driving and prominent warnings, all contributed to the narrative that the driving behaviour depicted in the ads was being discouraged and condemned,

Furthermore, the manner in which the car was driven was extremely reckless given it was performed in a regular vehicle and on public roads while showing other vehicles to be in motion, with scenes that could potentially be emulated by viewers, putting themselves and others at a significant risk of danger by driving hazardously and in an irresponsible manner.

Aviva are disappointed with the ruling and have dropped all future plans to show the advertisement.