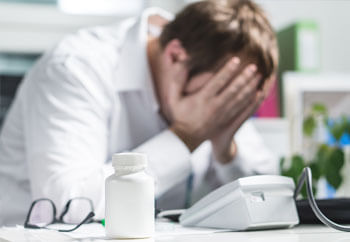 The National Health Service is faced with huge costs in respect of medical negligence claims with two “record” payouts within the first week of October 2018.

On the 1st October 2018 it was announced that the NHS had agreed to pay £19.8M in damages to an 18 year old woman as a result of clinical negligence that led to the woman, when a baby, being starved of oxygen from which she suffered catastrophic brain injuries. The Cardiff high court heard how the baby had turned blue after the hospital had failed to give her oxygen and the settlement, at the time the biggest to date, of £19,774,265 reflects the severity of the injuries sustained and the ongoing costs of 24 hour life time care.

Only seven days later on the 8th October a 6 year old boy was awarded £37M in compensation as a result again of catastrophic brain injuries sustained when on birth the Watford General Hospital failed to diagnose Herpes Simplex which developed into a “devastating brain fever” . The two day treatment delay led to ” eyesight and communication problems, cognitive and movement difficulties”. The payout again represents a lump sum in respect of damages and the cost of 24 hour care over the course of the boy’s life.

In both these cases of clinical negligence there is no suggestion of any willful or criminal negligence and both act as a tragic reminder of how things can go so tragically wrong and the financial cost of such negligence,

Whilst these incidents alone may not immediately affect the premiums paid by practitioners in the private sector it is clear that the size and value of the claims will certainly bring greater focus to the limit of indemnity under many policies and may well affect prices for medical malpractice insurance moving forwards.