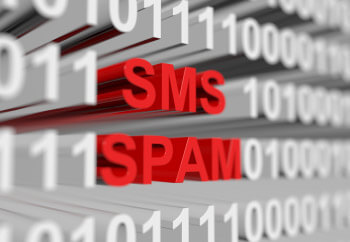 A company set up by a consortium of cab operators has been fined £45,000 by the Information Commissioners Office for breaking the rules on unsolicited SMS marketing.

The company, Cab Guru Ltd, was established by the consortium of taxi and private hire operators to provide an app that allowed the user to compare fares and book taxis for the consortium members.

The company carried out a one day text marketing campaign to phone numbers held by the members of the consortium that involved a total of 706,650 text messages being sent of which 51% were received and this generated 165 spam text reports to the spam text reporting service* and a direct complaint on-line to the ICO.

The ICO found that the company could provide no evidence that the recipients of the texts had consented to the marketing in arriving at their judgement on the matter.

Just because an organisation might have a person’s mobile phone number in its records, that doesn’t mean it can call or send them marketing messages without their consent. This also applies to any associated companies.

“It also doesn’t matter whether you do this for a single day or every day for a year – most mobile users hate receiving unsolicited spam texts and the ICO will continue to take action against firms which send them.

* The GSMA operates a service for reporting unsolicited text marketing. Spam texts can be reported to the GSMA by forwarding the message received to 7726 on your mobile phone.