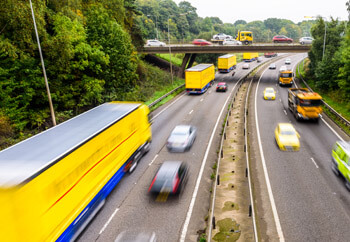 The Office of the Traffic Commissioner has warned commercial vehicle operators in the UK to make urgent improvements in the testing of the performance of brakes and vehicle braking systems.

The Traffic Commissioner, the regulator of lorry and bus operators in the UK, has confirmed the findings of it’s enforcement officers that poor brake testing routines and the absence of any testing routine is occurring “far too frequently” amongst operators.

The regulator is concerned that operators are not fully committed to their legal obligations  despite the two successful manslaughter convictions in 2016 handed down to a haulage company from Bath after a vehicle killed four people as a result of brake failure. In this case it was shown that the operator had not carried out the required safety checks.

Despite the clear warnings for industry, traffic commissioners are still receiving reports about a lack of effective and proactive brake performance testing regimes.

This is not limited to a specific type of licence, size of operator or a particular sector – it is across the board. That is why TCs are highlighting the need for a change of attitude within the industry towards brake testing.

There should be no compromise in any operator’s approach, no flexibility around standards.

The Guide to Maintaining Roadworthiness from the DVSA specifies the requirements upon operators to ensure that the braking systems are correctly tested and the action required in order for a vehicle to be considered roadworthy if brakes are found to have  deficiencies after testing.

Operators should carry out an urgent review of their brake testing regime now.

This should include an analysis of safety inspection records over the last 15 months, looking at whether the type of test and the information recorded is sufficient. Operators must make sure their brake tests are planned in line with DVSA guidance and satisfy themselves that the vehicles and trailers running under their licence are roadworthy.

We want licence holders to be sure their brake testing regimes are effective.