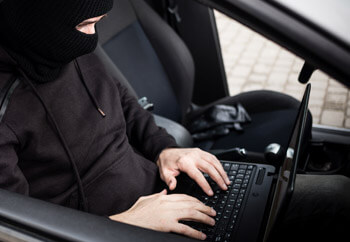 Whilst many of us consider that our cars are safer and more secure than ever, which they are, alarming figures show that the number of car thefts in the UK has risen sharply over the last 3 years.

The figures published by the RAC following a Freedom of Information request made to 40 police forces across England and Wales show that a total of 85,688 vehicles were stolen during 2016. an increase of 30% from 2013 when the number was 65,783.

Whilst many vehicles now include sophisticated anti theft systems as standard, criminals have also changed their behaviour with increased incidences of homes being broken into in order to steal the keys to a vehicle, sometimes with menace and thieves using more sophisticated technology including laptops to hack into engine management systems.

With some 26,496 vehicles taken in 2016, London was the UK’s car crime capital followed by the West Midlands, West Yorkshire and Greater Manchester.

In recent years vehicle theft has started to increase across the country following many years of reductions.

“We are seeing more sophisticated operations by organised crime gangs exporting cars for profit as well as increasing scooter and motorcycle and keyless car theft.

“Police forces are working with the Home Office, the National Crime Agency, the National Vehicle Crime Intelligence Service, Europol and car manufacturers to design-out crime and disrupt these networks.”

The increased sophistication of thieves in the use of technology has prompted many in the police force and in vehicle security to call for car owners to once again invest in greater physical anti-theft security such as steering wheel locks.