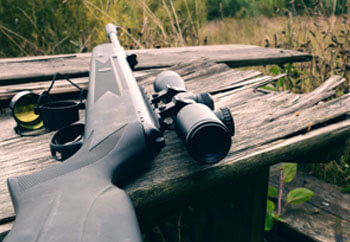 The UK Government is to review the regulations surrounding the licensing of air weapons in the UK following a Coroner’s request.

The decision follows representation from Karin Smyth MP who has secured the debate as a result of the serious injury of an 18 month old boy, Harry Studley, shot accidentally by a neighbour, which followed on from the tragic death, in Suffolk, of 13 year old Benjamin Wragge in 2016 after he was killed by a shot from an airgun fired accidentally.

Nick Hurd, MP for Ruislip, Northwood and Pinner and Minister for Policing and the Fire Service said;

I have recently written to the coroner and confirmed my intention to review the regulation of air weapons in England and Wales. I think that this is an appropriate time to take stock of the regulatory position and assess whether the current controls, which are already strong, continue to be appropriate and effective.

I intend to look carefully at the existing controls on air weapons, including how best to ensure that these weapons are stored safely and securely.

I think that a review of air weapon regulation is important and timely, we will do so against a backdrop of existing controls that are, by all international comparisons, very robust.

The home Office is yet to decide the scope and detail of the review but in the meantime has issued safety guidance for users of air weapons in the UK that can be found here.