Use it Or Lose It Goodbye to the Round Pound 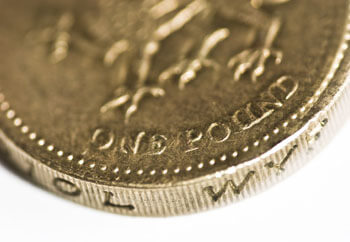 The round pound coin ceases to be legal tender in the UK from midnight on the 15 October 2017.

It was in 1983 that the round pound coin was introduced in the UK to replace the one pound note and over the course of it’s lifetime there have been 25 different designs with additional designs issued for commemorative purposes but all that comes to an end on the 15 October 2017 when the coin ceases to be legal tender in the UK.

The round pound was replaced on the 28 March 2017 by the new 12 sided coin, that to the now so keen observer may seem round, but it isn’t!

With less than a week to go before the round pound disappears from circulation some 1.2 Billion coins have been returned by the British Public and Andrew Jones MP, the Exchequer Secretary to the Treasury has urged people to seek out any remaining coins before the deadline and both HM Treasury and The Royal Mint are urging people to spend bank or donate any coins to charity as soon as possible.

If you do miss the 15 October deadline, remember you will not be able to spend the round pound but you can still bank it or donate it to charity. HM Treasury and The Royal Mint have partnered with Children in Need and are encouraging the public to donate any old coins to Pudsey’s Round Pound Countdown.