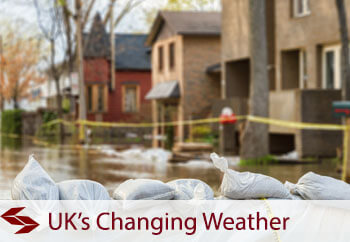 An report published on-line by Nature Communications suggests that using simulations the storms that hit the UK in the winter of 2013/2014 could have been anticipated and that the same simulations provide a disturbing forecast for the future.

The report, available here shows that the 2013/2014 rainfall could have been anticipated although there was no previous observation data to support that. It goes on to say that using the same simulations there is a high probability of exceeding the previously observed monthly rainfall totals in many regions of the UK with a 34% chance of regional records being broken somewhere in England and Wales each winter.

Whilst these are predictions based on complicated modelling and not a “weather forecast” per se, the report will provide sober reading and little comfort to the UK insurance market that has already been rocked in previous years by the apparent increased flooding risks throughout the UK. The changes in weather patterns have already been addressed by the formation of Flood Re but it looks likely that this will be a developing situation for some years to come,